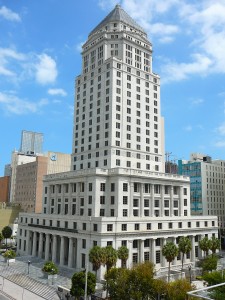 In just about all foreclosure defense claims, one of the threshold issues that need to be addressed is whether or not the bank has standing to foreclose.  The general law in the state of Florida is that the plaintiff’s lack of standing at the inception of the case is a fatal defect that may not be cured by the acquisition of standing after the case is filed.

In Focht v. Wells Fargo Bank, the Second District Court of Appeal was presented with this standing question.  In that case, the borrower had asserted that the bank did not have standing to foreclose.  The trial judge did not address that defense and simply entered judgment in favor of the bank.  Judgment was entered in the bank’s favor despite long standing Florida law that the bank had the obligation to prove that it had standing to foreclose at the time the lawsuit was filed.

The Second District Court of Appeal actually reversed the lower court’s entry of final judgment.  In so doing, the Second DCA recognized that the bank had failed to adequately overcome the standing defense and prove that it did, in fact, have standing to bring the foreclosure action.

However, the Second DCA was clearly troubled by what it saw the inequities playing out in foreclosure cases across the state of Florida.  Indeed, the concurrence goes on to lament about homeowners who collect rent while the properly is in foreclosure.

As a result, the Second DCA presented the following question regarding the above mentioned standing issue, “can a plaintiff in a foreclosure action cure the inability to prove standing at the inception of suit by proof that the plaintiff has since acquired standing?”

While it would have been an interesting to see how the Florida Supreme Court would have ruled in that case, the appeal has since been withdrawn by the bank.

Nonetheless, bank attorneys in foreclosure disputes will no doubt point to this case as somehow supporting their position that the law should not be followed.  But to do ignores the actual result of the case.  And the actual result resulted in the reversal of the entry of a final judgment in the bank’s favor since the bank was unable to overcome the borrower’s standing defense.   END_OF_DOCUMENT_TOKEN_TO_BE_REPLACED