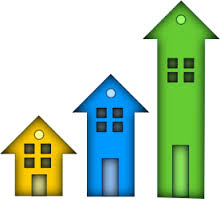 The real estate market is improving.  Just about all objective data points to an ever improving real estate market.  For instance, the number for foreclosure filings have decreased.  The real estate inventory hitting the market has increased.  And for the first time in years, many lawyers are starting to see a surplus from sales conducted at the courthouse steps.  And that has many borrowers asking, are they entitled to a disbursement of surplus proceeds from a foreclosure sale?

Specifically, it typically works this way.  A borrower defaults on his mortgage.  The lender then files a foreclosure against the borrower.  The lender then secures a final judgment against the borrower, and a sale of the property is scheduled.  The clerk of court then sells the property at auction at the courthouse steps to the highest bidder.  From the proceeds of the sale, the clerk of the court satisfies the lender that secured the foreclosure judgment.  All junior lienholders are then satisfied in accordance with their priority of liens on the property.

If there is still money left over after all the lienholders have been satisfied, then the borrower would be entitled to that surplus.

For the past several years, it was incredibly rare to see a surplus realized from a judicial sale.  The primary reason for that is that most properties that were being sold at the courthouse were “under water” or “upside down.”  Therefore, many borrowers were leaving the courthouse with a deficiency after the sale and it was often up to the lenders to decide whether or not they wished to pursue that deficiency against the property owner.

Recent changes in the law has made it more difficult to pursue deficiency judgments following the sale of the property.  Specifically, lenders now have one year to pursue deficiency judgments as opposed to five years.  This puts added pressure on the lenders to commence legal action against the borrowers fairly quickly after the sale has been completed.

But today, we are seeing more sales where surpluses are realized.  And if you are one of the many borrowers who have benefited from the rising tide of equities in properties, then you may be entitled to the surplus realized at the judicial sale.  If so, you may be entitled to the return of that surplus if you have timely satisfied all of the obligations to ensure the issuance of that surplus.