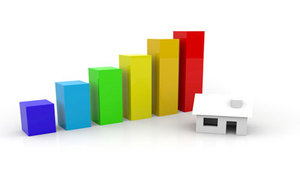 In what surely is a sign of change in South Florida, foreclosure filings decreased by more than half at the end of 2011 compared to 2010. However, the decrease is somewhat deceptive because the results are in part due to the average length of time it takes to process a foreclosure in Florida. Specifically, Florida’s foreclosure process is third in the nation, behind only New York and New Jersey.

For the last ten years, Miami-Dade has found itself in the midst of one the largest residential development booms in all of Florida. As such, it should come to no one’s surprise that 1 in every 85 homes file for foreclosure. Rounding out South Florida is Broward and Palm Beach County, which see approximately 1 in every 98 and 105 homes file for foreclosure, respectively.

Palm Beach County saw the largest change out of the big three in South Florida, with its filings falling off by more than half. Miami saw the smallest decrease at 8.24 percent compare to last year, followed by Broward at 33.94.

The same holds true for both Broward and Palm Beach. Compared to 2006, Broward foreclosure filings are up 108 percent, with Palm Beach surprisingly up 190 percent since 2006. Just another prime example of how deceiving the numbers are considering Palm Beach was looking like the real winner of the three.

Even though the market seems to be shifting in a positive direction, properties on the brink of foreclosure still make up more than 50% of available properties across South Florida. This makes it the perfect time to determine whether you need a real estate attorney, or just need to talk to some one to assess your legal rights.
—–
EXTENDED BODY:
Today’s current real estate market, and ongoing foreclosure crises, presents all sorts of issues that must be properly navigated. There are many factors contributing to Florida’s nation leading delinquency rates. They include a weak job market, weak economic recovery, and a major drop in home prices. Consequently, Florida’s housing market remains unsettled in large part due to the continued foreclosure crises.