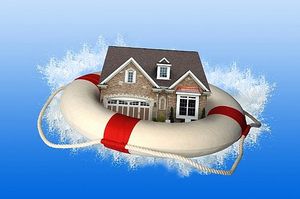 JPMorgan Chase is coming under increased pressure from the Federal Government for not doing enough to help struggling homeowners permanently lower their mortgage payments as part of the government’s foreclosure prevention program.

JP Mortgage Chase is not alone in receiving this criticism. The Government recently also criticized Bank of America, Wells Fargo, and Ocwen, for not doing enough to help struggling homeowners.

As part of the Government’s criticism of these four banks – Bank of America, Wells Fargo, Ocwen, and JP Mortgage Chase – the Government began withholding financial incentives of up to $1,000 per modification.

The Government launched several programs back in 2009 with the intended purpose of helping struggling homeowners keep their homes. The intent of the plan was to lower the homeowner’s monthly payments.

Homeowners have complained that the program is a bureaucratic mess, and nightmare. Many say they were disqualified after banks lost their documents and failed to return their phone calls.

On the other hand, banks have blamed homeowners for failing to submit needed paperwork. They often cite incomplete paperwork and delays in getting the necessary paperwork.

More than 1.7 million troubled homeowners received trial modifications over the past two years. But as of October, more than half of them — about 880,000 people — have dropped out of the program entirely.

If you are frustrated with the process, and facing potential foreclosure, we’re here to help. Contact us today to discuss your potential options.