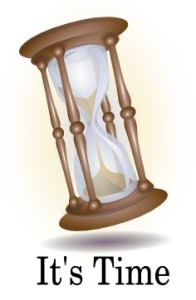 Lawyers are often accused of complicating simple topics. One such question that we get asked about often by both lenders and debtors is when does the statute of limitations run on a mortgage foreclosure in Florida.  This simple question has actually generated national headlines.  So we will devote this post on how to calculate the statute of limitations in a mortgage foreclosure.

A statute of limitations is best described as a statute prescribing a period of limitation for the bringing of certain kinds of legal action. For example, in Florida, if you were involved in a car accident, you have four years from the date of that accident to file a lawsuit. If you wait four years and a day, then your claim is barred.

But what happens when a lender, or the court, dismisses an otherwise timely lawsuit for mortgage foreclosure, and the lender then re-files that lawsuit five years and a day after the initial default?

To answer that simple question turns on many different factors. This issue, however, is actually going to be decided, and resolved, by the Florida Supreme Court.

But today there exists a conflict in the different courts of appeal, in Florida, and that existing conflict is what the Florida Supreme Court is going to resolve.

For instance, some appellate courts in Florida adhere to the “continuing default” theory. The Fourth and Fifth District Court of Appeal have each concluded that after a foreclosure was dismissed that the lender could re-file based on the new default that occurred after the dismissal of the suit. That was the case even if the original default, the one that served as the basis for the original suit, had occurred more than five years go.

Under that “continuing default” theory, the dismissal negates the acceleration of the loan such that mortgage payments would continue to be due and owing each month after the lawsuit’s dismissal. Therefore, this permits the lender to reaccelerate the loan following a new default.

As the Fourth DCA noted in Evergrene Partners v. Citibank, when “the claims of acceleration and subsequent acts of default have never been adjudicated on their merits in this case, … any acts of default still within the statute of limitations may be raised in a subsequent suit.”

In Beauvais, the Third DCA noted that the dismissal “did not by itself negate, invalidate or otherwise decelerate the lender’s acceleration of the debt in the initial action.” Since the lender took no affirmative action to reinstate the loan following the dismissal, the second foreclosure action filed more than five years after the original default was deemed untimely and barred by the statute of limitations.

But as it stands today, the best course of action for lenders is to ensure that their actions are filed within five years of the original default even if the case has already been dismissed one time. For debtors, if more than five years have passed, you will need to check to see if the lender ever attempted to “deaccelerate” and then “reaccelerate” the loan after the dismissal. If they did, then the five year statute of limitations may have been extended. With that said, do not hesitate to contact us should you wish to discuss your legal rights as they relate to the calculation of the statute of limitations for a mortgage foreclosure.