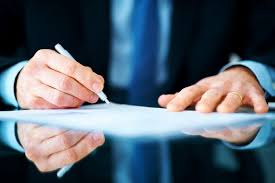 Moreno v. First International Title, Inc., is a case that illustrates the importance of making sure you understand what you are signing during a real estate transaction.  Because if you do not know what you are signing when buying property it could end up costing you thousands of dollars like it did to Victoria Moreno and causing you unneeded stress and aggravation.

Months later, Miami-Dade County assessed Moreno for the outstanding violations.  As a result of being hit with a hefty fine Moreno sued First International Title, Inc. (“FIT”), the closing agent for the sale, claiming that FIT breached its fiduciary duty to clearly communicate the allegedly “latent defects” of the additions built without proper permits that affected the value of the house.  When Moreno was deposed she admitted that she signed all of the documents associated with the closing including the Hold Harmless document and the document detailing the code and lien violations.  She also admitted that she signed those documents even though she does not speak or read English.  She also admitted that she made no attempt to have anyone explain the documents to her.  Given that testimony FIT then moved for summary judgement and the trial court granted the motion.  The Third District Court of Appeal affirmed the trial court’s granting of that summary judgment.

The Third District Court of Appeal observed that the record did not reflect any facts that indicated that Moreno was fraudulently induced to sign the documents.  Nor was she purposely or negligently misinformed.  The record further reflected that Moreno was in no way prevented from reading or inquiring about the documents.   The documents clearly set forth the violations and Moreno had every opportunity to read through them.  The Third District Court of Appeal supported its decision by citing a series of cases that that all stand for the proposition that failure to read or understand a contract is not a defense where the person, such as Moreno here, was not prevented from reading them and was given a full opportunity to read them.

ABOUT THE AUTHOR.  Hugo V. Alvarez is a shareholder at the law firm of Becker & Poliakoff.  He is the 2017 Dade County Bar Association’s Legal Luminary Award winner.  He was also named to the Best Lawyers in America in Real Estate related litigation.