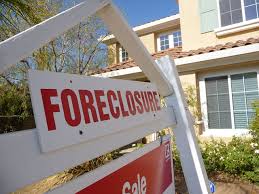 In Rocketrider Pictures v. Bank United, 138 So.2d 1223 (Fla. 3d DCA 2014), the appellate court was confronted with the issue as to whether or not the judicial sale of property after the entry of a foreclosure judgment was proper given that the judgment entered was only against the wife, and not the husband, despite the fact that the property was owned by both the husband and wife as tenants by the entireties.   It is a fundamental concept that where tenants by the entireties are involved, one title holder cannot be divested of title without the other because both tenants own the entire property together; equally and completely. As a result, “[p]roperty held as an estate by the entireties is not subject to the hen of a judgment against one tenant alone.”   Teardo v. Teardo, 461 So.2d 276 (Fla. 5th DCA 1985).

Nevertheless, in the Rocetrider case, the defendant was erroneously foreclosed on and the jointly held property sold at the judicial sale despite there being no interest to transfer.  Therefore, the appellate court reversed the sale and held that an “estate by the entireties is not capable of being the object of satisfaction for the debt of one of the tenants alone.  Thus, the interest of the judgment debtor alone could not pass by the sale.”

In Morlock v. Nationstar, No. 3D14-1247 (Fla. 3d DCA 2014), a homeowner won a wrongful foreclosure dispute with its bank.  In that case, the appellate court concluded that the trial court had abused its discretion when it wrongfully entered a final judgment against the homeowner.  The final judgment was entered because the homeowner was defaulted.  However, the default should never have been entered given that the homeowner had properly and timely filed extensions and had also filed its answer to the complaint and asserted affirmative defenses as well.

Don’t hesitate to contact us to discuss these cases further, or if our firm could be of additional assistance to you and your real estate needs.