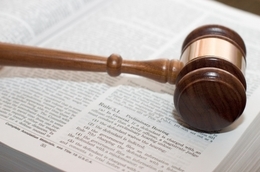 The federal government forced banks and mortgage servicers to hire outside firms to review their foreclosure policies and procedures. Many banks were falsifying foreclosure documents, improperly notarized affidavits and told homeowners they had to be in default in order to qualify for a modification. Also, many law firms representing lenders helped their clients commit fraudulent acts.

As a result of the regulations, servicers agreed to do the following: (1) provide homeowners with a single point of contact when dealing with the servicer, (2) increase supervision of law firms handling their work, (3) create a remediation process for homeowners who believe they have been treated unfairly, and (4) not to foreclose on modified loans that are not delinquent.

Many consumer groups feel that the regulations have no bite and are calling for further reforms. For example, the latest regulations still allow lenders to start the foreclosure process while a homeowner is attempting to modify their mortgage.

Even though many believe these new reforms are too weak each state’s attorney general is pursuing tougher regulations. In light of the widespread fraud, more needs to be done to protect American homeowners. Let’s hope that the states are able to pass regulations that directly address the wrongdoings and severely punish those that take advantage of Americans who are simply having a tough time making ends meet in this tough economy.

Even though regulations are forthcoming they may still not provide sufficient safeguards. However, an experienced foreclosure attorney can provide that safeguard. If you are facing foreclosure, don’t hesitate to contact Alvarez & Barbara, LLP so we can safeguard your rights and ensure your lender is playing by the rules.