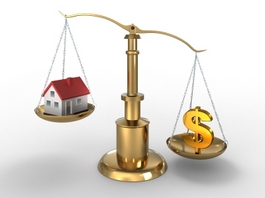 Good news for those who have strategically defaulted on their mortgages and are worried about their credit. A new study is set to be released which reveals that people who default on their mortgages, and not on other debts, are not as risky as once thought. Let’s hope lenders will take this into account when looking at someone’s credit history.

A strategic default is a decision by a borrower to stop making payments on a debt despite having the financial ability to make the payment. A Wall Street Journal report recently estimated that 1 in 5 mortgage defaults are “strategic”. Indeed, many are anticipating that the next wave of foreclosures will consist of more and more individuals seeking to walk away from homes that are currently underwater.

Transunion, one of the largest credit reporting agencies, conducted research which shows that those who only default on mortgages are less likely to default later on new car loans or credit cards than are people who have defaulted on their mortgage and some other loan at the same time.

The study also revealed that mortgage-only defaulters saw their credit scores rebound faster than people who have defaulted on multiple loans. This includes people who have filed for bankruptcy.

Today’s current real estate market, and ongoing foreclosure crises, presents all sorts of issues that must be properly navigated. There are many factors contributing to Florida’s nation leading delinquency rates. They include a weak job market, weak economic recovery, and a major drop in home prices. Consequently, Florida’s housing market remains unsettled in large part due to the continued foreclosure crises.