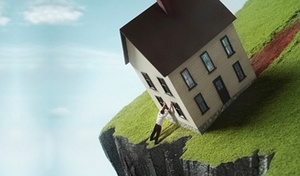 ​The Vidal’s, like many Florida residents, are familiar with the woes of foreclosure, and despite their win in the Fourth Circuit Court of Appeals in November the ruling may do little to lift their spirits. The couple’s Broward County home was sold in a foreclosure auction in April 2011 to a third party. That’s it, done deal, right? Wrong. The couple appealed the ruling of the Broward County Circuit Court and won.

The Fourth Circuit sided with the Vidals agreeing that Liquidation Properties, Inc., who foreclosed on the property, lacked the ability to do so.

Liquidation Properties acquired the Vidal’s mortgage from Option One Mortgage Corporation in 2009 but the company lacked standing to bring the suit that ultimately allowed the foreclosure of the home.

The company submitted documents to the Court showing that they had obtained the mortgage on the couple’s home but the documents were post-dated. The Court agreed this was insufficient to show that Liquidated Properties actually owned the property before they filed the foreclosure documents. The Fourth Circuit determined that the language of the document that transferred the mortgage to Liquidation Properties was ambiguous, and that left open the possibility that the company post-dated the document for their benefit.

Now, where does this leave the auction buyer? The buyer will most likely be required to surrender the home and take a refund from Liquidation Properties. And while there are whispers that the Broward couple may be able to get the mortgage cancelled because of the Lender’s alleged violations of the federal Truth in Lending Act, the court trends show it is unlikely. However, the Fourth Circuit indicated the couple may be able to collect damages for the alleged violations of the Act.

Everywhere the courts are in “watchdog” mode, making sure that lenders are following the black letter of the foreclosure laws, now that the robo-signing fiasco is behind them. And while the Court sided with the Vidal’s, this may have little actual benefit to them since the couple is ultimately not going to be permitted to live in the home for free. However, this is still a homerun for homeowners, seeing as this decision could affect the outcomes of many similarly situated families making it harder for lenders to cut corners in the foreclosure process.

Being in a foreclosure is a stressful situation. But there are alternatives available to help address the foreclosure.

There are many alternatives to foreclosure, and often times it just takes proper planning to properly navigate against the potential pitfalls. Help is often available to those who seek it. Contact us today.