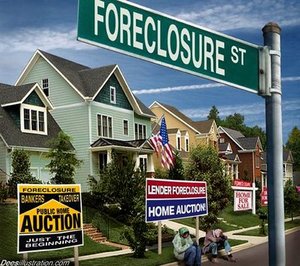 While lenders are pleased to have guidelines with the robo-signing controversy resolved, the backlog has given Florida a tidal-wave of foreclosure activity. The number of foreclosure filings, in Florida, increased in 2012 by 53.5 percent over the number of filings made in 2011.

Since the dawn of the housing crisis these daunting figures gave Florida the highest foreclosure rate in the nation. California reported 14 percent of the nation’s total foreclosures last year second only to Florida at 20 percent with Ohio ranking third at 9 percent. In Florida, this meant one in every 32 homes had received some form of foreclosure filing in 2012, but most dealt with loans that have long been bad.

Of the 20 urban areas with high rates, Florida had eight within its borders including Miami at number 5, Palm Bay-Melbourne-Titusville tying at number 6, and Orlando at number 8. However, no one should be concerned by the rate as the state is jumping off the artificially low reported activity of 2011 caused by the robo-signing hiatus.

Meanwhile, throughout the country there’s been an even split on increased and decreased rates. But in most cases, states that saw an increase over last year’s numbers are “judicial” states. Judicial states being those that handle the foreclosure process through the court system proceedings just like Florida, instead of through other quicker processes. However, despite the increase in bank-owned properties, realtors don’t expect it to harm the recovering market.

In fact, the Miami Association of Realtors is expected to boast that home sales are beating the 2011 record. The report should show consistent gains for median home and condo prices.

The newest trend: buy at the courthouse. The bank-owned properties saturating the market are quickly being snapped up by professional investors. While potentially good for the market, this strategy may make it difficult for the average homebuyer to get in on the action.
—–
EXTENDED BODY:
Consider Your Options. Contact Us Today.

We have been successful in defending many foreclosure cases when given an opportunity to develop a plan to properly defend the foreclosure.

If you are on the brink of foreclosure, need a real estate attorney, or just need to assess your legal rights, please contact our office today.